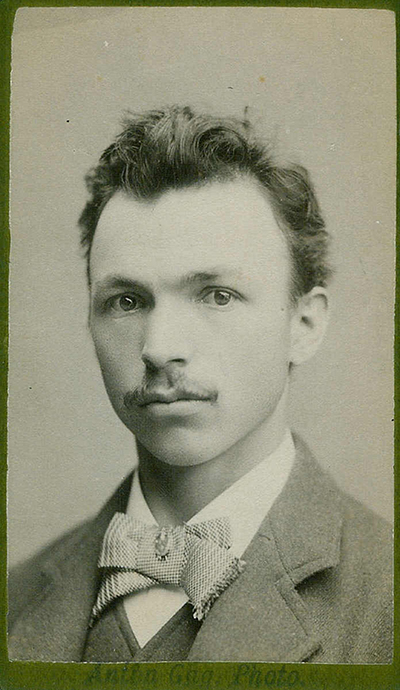 Anton Gag, an immigrant artist of considerable natural talent, helped to document Minnesota history as well as beautifying homes and public buildings. Income from his work barely stretched to support his large family growing up in the rural community of New Ulm. Wanda, the oldest of his seven children, became an internationally recognized artist and children’s author.

Anton was 14 when he arrived in the United States from Bohemia in 1873. The following year he came to New Ulm where he found work at the estate of August Schell, founder of the brewing company that remains in operation today. Schell became Anton’s friend and mentor, sending him to art schools in Chicago and Milwaukee for several months. This was his only formal art training.

Anton earned a living for a time by operating a photography studio. Among his subjects in 1890 were the nine surviving original settlers of the New Ulm area out of the 30 who had come west from Chicago in 1852.

Two artists, Chris Heller and Alexander Schwendinger, joined Anton in partnership. They did painting, paperhanging, frescoes and signs. The trio became well-known throughout Minnesota for their fine work. The partners created the beautiful art on the walls and ceiling of Holy Trinity Cathedral in New Ulm.

The attic studio of Anton’s home at 226 North Washington Street was filled with his paintings. He favored Minnesota landscapes, its people and still-life scenes. 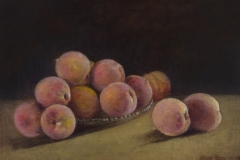 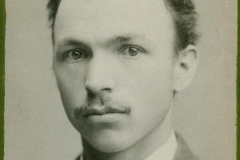 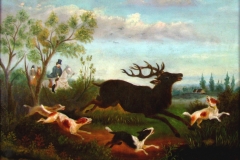 Culture, peace and religious tolerance were the qualities Anton considered necessary for happy living, a philosophy he revealed in his decoration of Turner Hall on south State Street. He took the greatest pleasure in this project. One of his still-life paintings remains at Turner Hall.

In a significant contribution to history, Anton interviewed survivors of the Dakota Conflict of 1862 to recreate events in oil paintings. These have been reproduced in history books. His painting, The First Battle of New Ulm, was exhibited at the 1893 World’s Fair in Chicago and is hung at the Minnesota State Capitol. A panorama of Dakota Conflict scenes, painted by Anton and his partners, is in the Minnesota Historical Society collection.

Anton died in 1908 at 49 of occupational tuberculosis.

Dr. Lyndal King, a director of the University of Minnesota Art Gallery, said of his work: “Anton Gág is one of a generation of immigrant artists who struggled to transform European art traditions and styles to fit events, scenes and people of the new land…It is interesting to speculate on what would have happened to both Gág’s artistic style and to his reputation had he conducted his career in an urban center. Certainly his name would be much more widely known than it is today. I believe that New Ulm should be proud of this pioneer, who proved that the arts can flourish on the frontier.”