You are here: Home / About / The Wanda Gag House

Anton Gag, born in Walk, Bohemia, in 1858, immigrated to New Ulm in 1879.  He married Elizabeth “Lizzie” Biebl, also of Bohemian heritage, in 1892.  They had seven children:  Wanda, born in 1893, followed by Stella, Thusnelda, Asta, Dehli, Howard, and Flavia.  They were surrounded by Old World customs, folklore, and folk songs, and spoke a German dialect.  Anton built this Queen Anne style house in 1894.

Anton made his living as a photographer and painter who also decorated houses, churches (including the New Ulm Cathedral), and public buildings.  Anton’s painting, “Attack on New Ulm During the Sioux Outbreak,” hangs in the Capitol in St. Paul.  As he was dying in 1908, Anton implored 15-year-old Wanda, “What Papa was unable to accomplish, Wanda will have to finish.”

Wanda graduated from New Ulm High in 1912, then went on to art schools in St. Paul, Minneapolis, and New York.  After a brief period doing commercial art, Wanda developed into a world-famous printmaker and watercolor painter.  Wanda was honored annually from 1927 to 1938 by the American Institute of Graphic Artists.  She wrote and illustrated numerous children’s books.  Millions of Cats written in 1928, remains in print.  It was hand-lettered by Howard.  After moving to a farm in New Jersey, which she named “All Creation,” Wanda continued her production of lithographs and children’s literature until her death at age 53.

Stella and Thusnelda drew decorative items for sale.  Flavia, Dehli, and Asta collaborated to write a children’s book in 1931.  Flavia went on to become an author, illustrator, and watercolor artist in her own right.

This house was sold in 1918 following Lizzie’s death.  It passed thru six owners until the newly-established Wanda Gag House Association purchased it in 1988.  Restoration of the house began immediately and was virtually complete by 2008.  It is on the National Register of Historic Places. 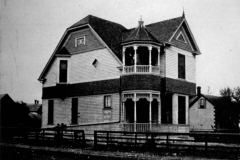 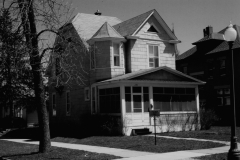 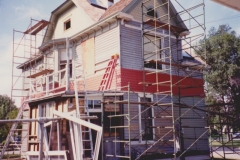 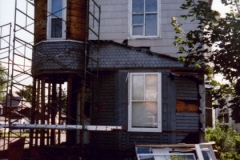 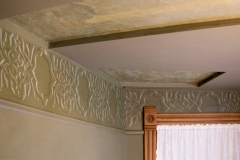 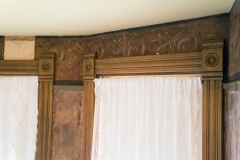 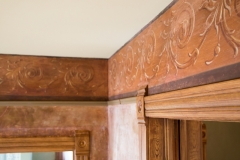 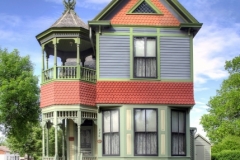